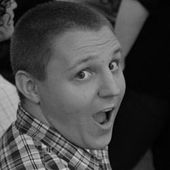 Seth is the Director of Evangelism at HashiCorp. Previously, Seth worked at Chef (Opscode). He the author of Learning Chef and is passionate about reducing inequality in technology.